Felicitas means “Happiness” – a true reflection of which hundreds of children have experienced at our school, situated in Brakpan since 1973.

Felicitas was opened on the 6th of August 1973 by a committee of parents, faced with the challenges of their own disabled children, who felt the need to set up a center, where their children would be able to receive some form of education, catered to their children’s specific needs.

Similar centers were visited by these parents to determine what it entails to set up a center as such.  A wealth of information as well as valued assistance was received from Mr. Vitus in the “Happiness building” situated in Braamfontein.

The word “Happiness” is derived from the Latin equivalent “FELICITAS” and so a descriptive name for our school was born.  The parents received a lot of assistance and guidance from, Reverend GA Botha (who later became the Chairman of the Felicitas School Governing Body), Mrs. Sue van Wyk, HP Malan from Brenthurst, Mrs. Ingrid Webber, Head of Vita Nova Stimulation Centre in Benoni. The Principal of Muriel Brand School and Mr J van der Merwe.  The center was opened with only 10 pupils and a supervisor.

The then old state mines building was used as a school. On the 1st of April 1976, the Department of National Education took over the center as a State-aided institution and provided partial financial support. Felicitas School was established at the state mines building from inception until 1977, moving to the more spacious buildings of the Monastery in Queen Avenue, Brakpan in 1977.

Meanwhile, Mrs. GM Joubert was appointed as principal and the number of pupils grew to 58 children.

In 1980, a second residence was opened for children with cerebral palsy.

The assembly of new buildings: Mrs Emilda de Villiers, who followed her heart, by raising funds for the school successfully.
Prior to the approval of the Department of National Education, Mrs. de VIlliers said goodbye to Felicitas in March 1982, however in October 1982, she was elected as a member of the School’s Governing Body.

On the 20th of June 1980, the Department of National Education approved that Felicitas may begin drawing up plans for the new center with effect from 1st of April 1981. The Contractors were from George Wimpey SA (Pty) Ltd and the contract was signed in November 1983.

The buildings that make up the new center and residence was completed before the end of 1984. The new center was built next to the current Muriel Brand school. This building complex was officially opened by Mr. J.A. De Jager (Chief Director) of the Department of Education and Cultural Administration at the House of Assembly in 1986 which is now proudly the school of “happiness” This is home to 536 children in total, and a weekly boarding residence to 60 children in total, fondly known as FELICITAS SCHOOL. 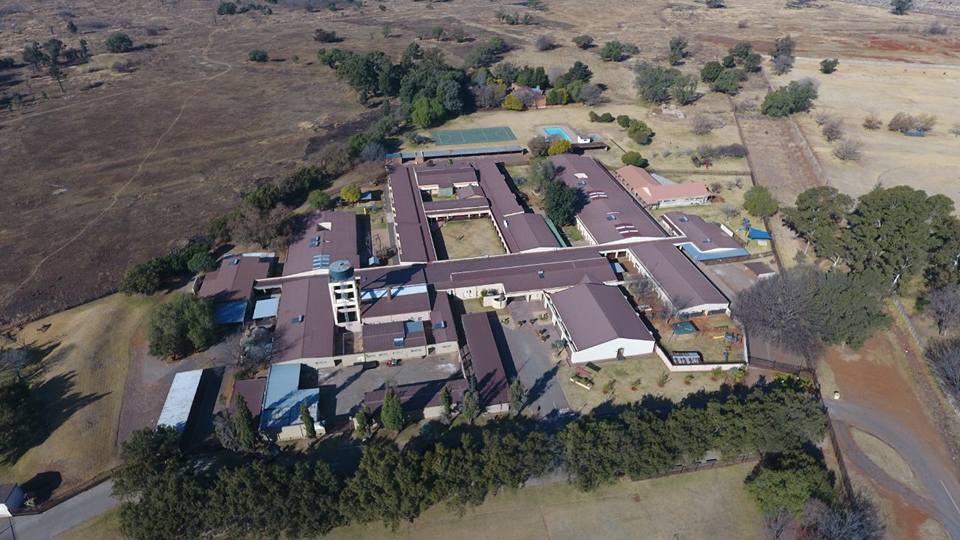